We look forward to training you in the Krishnamacharya tradition so that you may share authentic Yoga practices with your future students. Sri T. Krishnamacharya is regarded as the grandfather of modern Yoga. Through his teachings, Krishnamacharya emphasized that techniques should evolve to meet the needs of the individual at the given moment, rather than insisting on one particular technique. He lived for over 100 years and taught until the last few days of his life. Today, his teachings have become popular through many of his students, especially TKV Desikachar, BKS Iyengar, Pattabhi Jois and Indra Devi. 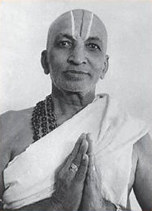 Professor Tirumalai Krishnamacharya (November 18, 1888 – February 28, 1989) was an Indian yoga teacher, ayurvedic healer, and scholar. Often referred to as “the father of modern yoga,” Krishnamacharya is widely regarded as one of the most influential yoga teachers of the 20th century and is credited with the revival of hatha yoga. 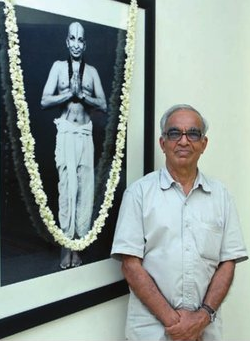 For your convenience, we have included the ability to pay for classes online prior to visiting the studio. However, feel free to do so when you come into class.